We are here to create remarkable experiences

Located on Wellesley Street, the new Auckland Council Customer Service Centre project was briefed to the team at Creative Spaces as needing to be attractive, functional, and done on a budget. With this in mind, Creative Spaces designed a clever, colourful fit out that fascinates, entertains, and educates – whilst being particularly focused on the service delivery to ratepayers and council customers. 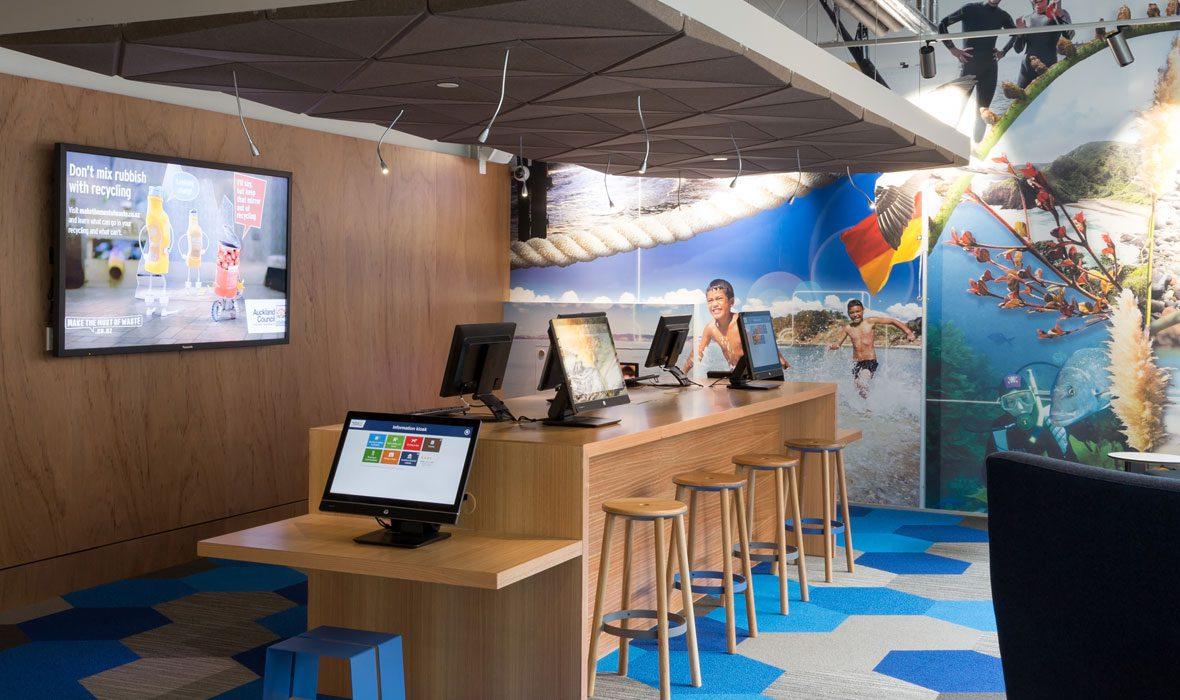 Due to the open plan nature of the customer service centre, and subsequent breakaway areas, there was a considerable amount of reverberated noise and echo in the space. Because of this, Creative Spaces wanted to source an acoustic solution that worked with the aesthetics of the area. The ‘Genius Bar Helpdesk’ is a prominent zone in the centre, so to draw people in, Creative Spaces wanted to create a ‘glow worm cave’ feature.

Drawn to the geometric profiles of Autex’s Quietspace® 3D Tile S5.53; Creative Spaces were able to create a rock like aesthetic that linked with the lighting fixed through the product. During the installation it was important to ensure the position of the lighting matched the design of the Quietspace 3D Tiles, evoking the feeling of being inside a glow worm cave, which identified the area as one of concentrated screen work and reference.

Using the traditional Quietspace 3D Tile mounting system, the installers were able to connect the Quietspace 3D Tiles to a suspended plywood substrate which allowed Creative Spaces to achieve the look and feel they were after.

Both aesthetically pleasing and functional, Auckland City Council and the team at Creative Spaces are exceptionally pleased with how the Quietspace 3D Tiles have defined the space and provided localised acoustic absorption. 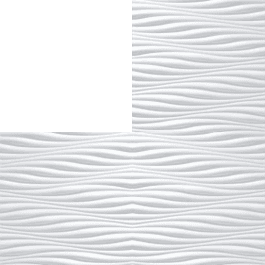